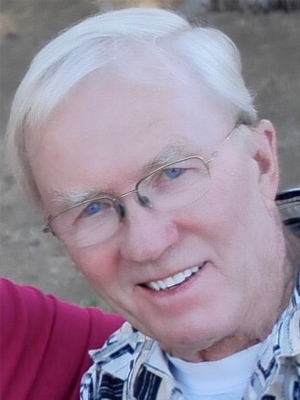 Arden Herbert was born on March 12, 1938 to Herbert and Jennie (Arseth) Griepp in Mountain Lake, MN. Arden grew up the third of five children, the oldest boy in the family. He was close to his dad during his childhood, and quickly developed the incredible work ethic that he would carry throughout his life. Even before getting his driver’s license, Arden was helping his dad at the asphalt company. After graduating from Roosevelt High School, he started his own trucking business at age 21 which he then expanded into an asphalt paving company. When his brother Dale came home from the Navy, he joined Arden and formed Griepp Brothers’ Blacktopping, which was operated together by Dale and Arden for many years. Later on, the brothers each formed their own asphalt companies and Arden became the sole owner of Arden Griepp Blacktopping, which he operated until his retirement at age 62.

In early childhood, Arden developed a love for multiple lifelong hobbies. At age 14, he decided to ski down the Hyland Hills ski jump in the midst of a competition of which he was not aware. Arden didn’t win the competition because he wasn’t supposed to be in it, but he did get his picture in the Star Tribune. Obviously fearless on the slopes, Arden went on to compete in many downhill ski events as a racer, winning countless medals and trophies along the way. He enjoyed many ski trips with his family in Austria, Canada, Michigan and most of the western United States. Arden was an avid water-skier from an early age. He also competed as a gymnast in high school. Arden was particularly proud of his first place in State competition for cross country skiing, beating out the Norwegian skier against whom he was competing. After retirement, Arden was an active bicyclist with the Twin Cities Bike Club.

Following high school, Arden was united in marriage to his high school sweetheart, Janet Olson. Together, they were blessed with three children, who were raised on the lakes and on the slopes, true to Arden’s passions. Arden and Janet enjoyed their cabin in Annandale for many years before eventually going their separate ways.

In 1982, Arden met June Redetzke Swenson at a ski club event. They were married in 1986 in the beautiful home they bought together on Prior Lake. They enjoyed over 35 years on the lake, boating, water skiing and entertaining their blended family. They also spent their free time traveling the entire U.S. before settling in their winter home in Casa Grande, AZ.

Arden was an extraordinary craftsman and artist. He was even dubbed the “Master Woodturner” in the RV park where they lived. He also excelled in oil and water color painting. Throughout his life, Arden sold and gave away countless beautiful pieces of artwork and paintings, winning many blue ribbons at the Minnesota State Fair. He was always tinkering, customizing and fixing things. Even just one week before his passing, he was in the shop with his great grandkids, passing on his knowledge of woodworking. Arden not only crafted the beautiful urn that will be his final resting place, but also made one for his beloved wife June.

Arden was extremely humble despite his incredible talent and accomplishments. He was able to laugh at his own mistakes and never sought to be the center of attention. He was inventive, creative and loved by all. He will be greatly missed by his wife, June; children, Cheryl (Dan) Jorgenson, Darrell Griepp, and Craig (Judi) Griepp; step-children, Jeffrey Swenson, Julie (Gary) Parks, and John Swenson; grandchildren, Jessie (Kyle) Kohl, Terrie Jorgenson, Karlina Griepp, Christopher (Gina) Griepp, Brian Griepp, and Michael Griepp; step-grandchildren, Justin, Jake, and Trevor Swenson, John and Thomas Parks and Emma Swenson; great-grandchildren, James, Timothy, Laura and Jack Kohl; siblings, Crystal Lein, Dale Griepp and Phillip Griepp; and many other nieces, nephews, family and friends.

He is preceded in death by his parents, Herbert and Jennie Griepp; and sister Geraldine Eaton.

Offer Condolence for the family of Arden Griepp