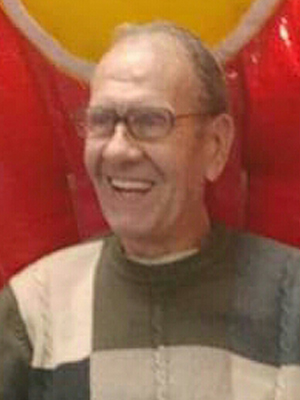 A Celebration of Life will be held on Saturday, April 13 at 2 pm, with a time of gathering starting at 12:30 pm, with military honors provided by the Shakopee Veterans Honor Guard, all at Ballard-Sunder Funeral and Cremation, 833 South Marschall Road, Shakopee. Jean Breeggemann will preside.

On May 30, 1930 in the small town of Ames, Iowa, Anton Obed was born the second of six children to Elmer and Faye (Kuhn) Hagen. Growing up during the depression years, meant money was scarce. Yet, Anton and his siblings, Charles, Connie, Toots, Donald and Sari made the most of the times. His father passed away at a very young age, which put additional pressure on his mother and siblings. So, Anton went to live with his aunt, Aggie Hagen. She became an important role model in his life. Anton spent countless hours downtown on the main streets of Lincoln and Duff, with his buddies. It was the place to hang out. They enjoyed playing baseball, fishing and often found themselves getting in a bit of mischief. A love for baseball, Anton was given the nickname of “Tunney”, after Gene Tunney a professional boxer. This nickname has stuck throughout his life.

Tunney graduated from Ames High School in 1948 and on August 2 of that same year, enlisted in the Navy. Returning home to Ames in 1950, Tunney began a career in HVAC. Moving to Minnesota in the late 1960’s, he worked for several years at Telex, a manufacturing company. Tunney then took on a position as a parts assistant at Road Machinery and Supply Co, until retiring in 1992, at the age of 62.

During Tunney’s life (or in Minnesota he was known as Tony), he was a husband, father, grandpa, great-grandpa and lifetime partner. He married Bonnie Bowers and from this union welcomed Janet, Marcia, and Rob into his life. Unfortunately, Tunney experienced the tough challenges in life, losing an infant son Anton. He later married Rita Rich and welcomed two more daughters, Laurie and Danielle. In the fall of 1979, Tunney’s life was enriched once more with meeting Jeanne Marnoff and welcomed her children into the family, Barb, Brian, Jennifer, Alvin and Susan. They spent the next 40 years together having many great adventures.

Life brings us all trials and tribulations and Tony was no different. He tried being there for his children and significant others, supporting and loving them. Life was tough for Tony and regrettably he found comfort in alcohol. It was when he retired that Tony found greater purpose in life. He stopped drinking and became a family man. Tony loved helping family and friends. He spent endless hours remodeling any home lived in. Tony built his own shop and found great pleasure and peace in woodworking. He was always working on a project of some sort. Tony took interest in Intarsia woodworking, a finer technique of craftsmanship. He even took his creations and to the Scott County Fair and the Minnesota State Fair, winning many awards. Tony also enjoyed listening to classic country music and watching football and baseball.

Ballard-Sunder Funeral and Cremation proudly served and cared for the Hagen family.

Offer Condolence for the family of Anton Hagen