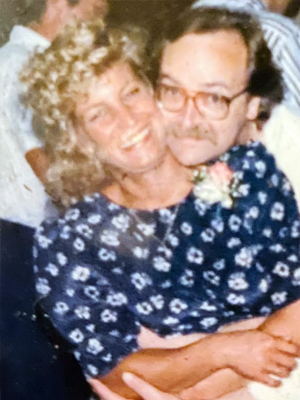 On September 28, 1956 in Shakopee, MN Ronald and Dorothy (Drees) Stocker celebrated the birth of their daughter, Lea Ann Stocker. She was oldest of their six children. Growing up on the family farm south of town, Anne developed a deep love of animals. She especially enjoyed riding horses and caring for her pet racoon Fritzie. Along with her siblings, Anne attended St. Mary’s Catholic School until the 8th grade before graduating from Shakopee High School in 1975.

While watching a local band perform at Richard’s Pub in downtown Shakopee, Anne caught the eye of a young man, John Eppolito. The two hit it off and were soon united in marriage! They were blessed with two daughters, Nicole and Katie. As a family, they operated the Sunny Acres Produce Stand in Shakopee. Eventually, Anne and John parted ways. However, Anne’s love and appreciation of family persisted.

Over the years, Anne spent many enjoyable evenings with family at the Rock Spring Supper Club where her mom, Dottie, waitressed. It was here that Anne met Thomas Quinn. In 1990, they were united in marriage at St. Mary’s Catholic Church. With the birth of sons Eli and Daniel, Anne’s family continued to grow.

Tom was born in Excelsior, MN to parents Robert and Joyce (Van Sloun) Quinn on May 24, 1950. In his adult years, Tom lived throughout the United States, instilling an adventurous spirit in Tom. He would later serve in the United States Army and work throughout the country. Tom had fond memories bartending at the Queen Mary Dock in California where he crossed paths with many celebrities.

Persistent and loving, Anne who Tom lovingly called “Stretch” was just the person to keep Tom grounded. They worked hard to provide for their family. For over 10 years, Anne ran her daycare located at the former Stocker Grocery Store in Shakopee and worked as the Kid’s Club director at SACS. Tom worked for Greyhound and was a heavy equipment operator for Ames Construction. A skilled craftsman, Tom dedicated his free time to woodworking, making knives, and completing Anne’s unending home improvement list—she truly had a list for everything!

Anne and Tom created a welcoming and friendly home. Their house was truly a home, a place filled with love and memories, made even more special by Tom’s craftsmanship and the treasures Anne would find while antiquing. A great cook, Anne often had a meal ready especially for the family on Sunday. Whether it was a neighbor stopping by, family spending the holidays, or even a stranger needing help, their door was always open.

Offer Condolence for the family of Anne & Tom Quinn