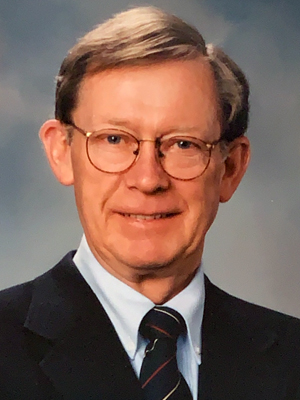 Allen Eric Brown, age 86, of Savage, MN, passed away on May 8, 2020 in the company of his wife Lynn and daughter Michele. He left the world as he lived in it – quietly and without fanfare.

Services will be held in Allen’s memory later. Condolences and memories of him can be left below.

Allen was born in Remer, MN, on May 3, 1934 to Bill and Edna Brown. He grew up on the family farm with sister Clarice and brothers Bruce and Don. After graduating from high school, Allen joined the Air Force and served as a Warehouse Specialist, stationed in England. Upon returning home, he studied at the University of Minnesota, Duluth, earning a bachelor’s degree. Allen continued his education at the U of M campus in Minneapolis, where he earned a master’s degree in social work/psychology.

While at UMD, Allen met Lynn. They married in 1964, then moved to Madison, Wisc., where Allen taught social work at the University of Wisconsin, Madison, and worked toward his PhD. When the couple returned to Duluth in 1967, Allen represented the state Department of Public Welfare in developing a mental health program for a 12-county area. He then joined the Human Development Center and served as Director of the facility for nearly 23 years. Under Allen’s direction, the Center grew from $500,000 to $3.8 million in revenue and expanded to 10 regional locations.

Allen was active in the Duluth community and the First Lutheran Church. In his spare time, he enjoyed woodworking, racquetball, and crossword and Sudoku puzzles. Allen and Lynn welcomed their daughter Michele in 1967. He loved spending time with her and cheered her on in every aspect of life. In 1998, Allen and Lynn moved to Savage, Minn. to be closer to Michele and her young family. Allen’s grandsons, Ethan and Ryan truly lit up his world. He spent countless hours in their company – playing Legos, taking trips to the zoo, attending school concerts and soccer games.

Allen was thoughtful, open-minded and a great listener. He was quiet and self-effacing, yet always cheerful and ready with his trademark dry wit.

Allen will be greatly missed by Lynn, Michele Wade and her husband Jim, Ethan and Ryan, his sister Clarice Karkula, and many nieces and nephews. Allen is preceded in death by his parents and brothers.

Ballard-Sunder Funeral and Cremation proudly served and cared for the Brown family. www.ballardsundefuneral.com

Offer Condolence for the family of Allen E. Brown