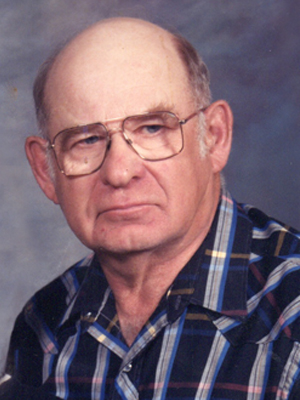 A Celebration of Life Service will be on Saturday, August 31 at 11 am, with a visitation starting at 9:30 am at East Union Lutheran Church, 15180 County Road 40, Carver, MN.  Pastor Sarah Bunge will preside.  Allan’s pall bearers will be Jenny Wagner, Jeff Kerkow, Frank Kerkow, Sam Kerkow, Mark Kerkow, and Butch Kerkow.  He will be laid to rest with his son, Wayne, at Spirit Hill Cemetery in Jordan.

On November 18, 1933, at the family farm in Dahlgren Township (Carver County), Allan Harry was born as the younger of two children to parents Harry and Alice (Adamson) Quatmann.  At the age of 1 1/2, his family moved the entire farm across the Minnesota River to Jordan on a ferry.  Allan’s family remained members of East Union Lutheran Church (Carver County), where he was baptized and confirmed.  Growing up, Allan was fortunate to have one of a few gas scooters called a Doddle Bug.  He was proud to be able to have one and took this scooter to religion classes, school, and all-around town.  Allan attended Jordan school through eighth grade, like most farm kids of the era.  Allan then returned to the farm, where he put in countless hours completing the daily chores, many with a team of horses.

As a young man, Allan had his eyes on the neighbor farm girl, Dorothy Lillian Kerkow.  When she turned 16, they started courting and the rest is history.  On August 22, 1953, at St. Paul’s Lutheran Church in Jordan, Allan and Dorothy wedded. They began living with his parents and continuing to help on the farm.  He then found himself being drafted into the United States Army.  Dorothy and first son (Les) followed Allan to Texas for 18 months, where he served as a cook.  After being discharged from the service, the family returned to the farm.  Allan and Dorothy welcomed two more sons, Wayne and Brad.

Allan assisted his parents on the farm until 1964, when he needed to retire due to health reasons.  Allan’s first job was with the Minnesota Highway Department for two years.  He then drove truck for Belle Plaine Block and Tile for several years, before working seven years at Scott County Tiling.  Allan took his love of farming and hands on ability to Siemon Implement in Belle Plaine, where he repaired combines and equipment for 23 years.  After retiring, he continued to help Les with the farming operation, and Brad with the auto repair business.  Allan served on the St. Lawrence Township Board for 15 years.  When he had a free moment, Allan enjoyed woodworking, often with Dorothy staining and painting the creations by his side.

Life was simple for Allan and Dorothy.  They would take an occasional weekend camping trip, and also enjoyed taking a 6000-mile excursion from Minnesota to Arizona, then to California and over to Texas before heading back home.  For over 17 years, Allan and Dorothy enjoyed spending winters in Tucson and Phoenix.  It was family that remained the most important and gave him the greatest joy.  Allan relished times spent with his grandchildren, especially when they rode with him in the vehicle.

Allan was welcomed home in heaven by son, Wayne Quatmann (passed away in 1979 from a car accident); parents; and brother-in-law, Harvey Fahrenkamp.

Offer Condolence for the family of Allan Quatmann