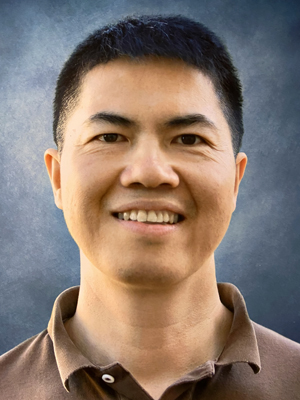 Alfredo Chu, age 51, of Prior Lake, passed peacefully into the arms of the Lord, Jesus Christ on Monday, November 15th, 2021 at United Hospital, St. Paul. A funeral service will be held on Saturday, December 4th, 2021 at 11:00 AM with a visitation one-hour prior at Eden Baptist Church in Burnsville. Alfredo will be laid to rest at St. Michael’s Catholic Cemetery, Prior Lake.

Alfredo Chu was born on October 4th, 1970 in Guangdong Province to Remigio Gay Chu and Kuan Tai Sam. As a child, the family lived in Macao for 5 years before moving to Honduras, where Alfredo grew up. Alfredo Chu graduated from Honduras Hillcrest High School in 1988. In 1989, at the age of 18, Alfredo arrived to the United States as an international student for his further studies. He earned his Bachelor of Science in Electrical Engineering from the Southern Illinois University at Carbondale in 1994 and he continued his Master‘s Degree in Electrical Engineering at University of Arizona.

In 1997, Alfredo joined Seagate at Oklahoma City after completing his Master’s Degree. He was Seagate first Read Write Engineer to work exclusively on HAMR (Heat Assisted Magnetic Recording) technology. When he initially started this work, heads only lasted for minutes; it took significant work to Write and Read back a single sector, doing this on a full track was considered a major breakthrough. Since those early HAMR days, Alfredo has played a key role in HAMR development. He bench optimized the HAMR demo drives Steve Luczo used in his presentation at the Magnetic Recording Conference, and he played an important role with the processing and delivery of the NetAPP HAMR drives.

When Seagate Oklahoma City plant shut down, Alfredo was transferred to Seagate Shakopee, Minnesota since 2003. During his career with Seagate, he was an inventor of several U.S. Letters Patents with numerous achievements and awards:

“Determination of Reader to Writer Crosstalk Offset via A Magnetic Disc”

Alfredo came to know the Lord when he was at Southern Illinois University at Carbondale. He was invited to an international student Bible Study through a friend. He asked the Bible study group leaders many tough questions. At the end of the semester, Alfredo recognized that good works and merits are not good enough to earn him the ticket to heaven. He admitted he was a sinner and needed Jesus who paid for his sins through Jesus’s death. During his college years, Alfredo did extremely well in order to get a perfect GPA 4.0 to honor his parents, as they worked hard and saved money to support him. He applied for scholarships, so the parents do not have to pay full tuition fees.

Alfredo was baptized in the state of Illinois and continued to grow spiritually. He had a strong desire to know God better and learned to be a true disciple of Jesus Christ. He loved spending time with God and reading the bible.

In August 1999, Alfredo married Carine Tan at the Chapel Hill United Methodist Church, Oklahoma City. During their stay at OKC, he was actively involved in various ministries. He was a church board member, leading bible study and had a heart reaching out to International Students.

In his spare time, he loved being outdoors, he loved to hike the trails, biking, scooter rides, traveling, cooking, spending time with family and playing games with Nathaniel and Rebecca. As a father, he encouraged his children to memorize bible verses and prayed as a family before going to bed daily. He gave his best and provided for the family. Alfredo was a handyman; he loved fixing things and built/made an outdoor patio dining set this summer.

“He was a kind and loving husband to his spouse Carine, as well as an amazing father to their son Nathaniel and daughter Rebecca. Alfredo’s favorite saying was, “Do your best and let God’s name be glorified,” and this is exactly how he choose to live his life.

“The Lord is my strength and song, and he has become my salvation; this is my God and I will praise Him, my father’s God, and I will Exalt Him”. -Exodus 15:2

Offer Condolence for the family of Alfredo Chu