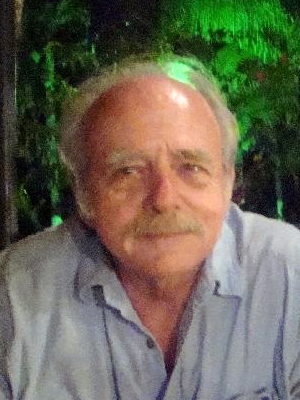 Albert “Tubby” DuBois, a lifelong resident of Shakopee, MN, passed away peacefully three days after his 79th birthday, on Wednesday, December 29, 2021, at his home with his family.

Services for Al will be held at a later date.

Albert Arthur DuBois was born on December 26, 1942, in St. Paul, MN, to Arthur and Mary (Cavanaugh) DuBois. He was the younger brother to John and the older brother to Patricia. Tubby attended St. Mary’s Catholic School through the eighth grade. When he wasn’t in school, Tub and his friends had many great adventures down by the river, and at times found themselves in a bit of mischief.

After graduating from Shakopee High School, Tubby served in the United States Army from January 6, 1961 – October 21, 1963. Completing his military commitment, he and several friends took their childhood mischievous experiences and applied them in vo-tech for Law Enforcement. Tub started his career patrolling on October 1, 1965, with the Scott County Sheriff’s Department. He took to the streets for a brief period and moved into radio dispatching, later becoming instrumental in establishing the 911 system for Scott County. After 31 years, he retired from the force on December 31, 1996, achieving the rank of Lieutenant.

Al married his high school sweetheart, Lorrie Marie Fonnier. They married on September 14th, 1960, in Mason City, Iowa, with their parents at Al and Lorrie’s side. Soon after, they welcomed their first son, Mitchell, and then followed by Rhona and Tony.

The DuBois family remained in the Shakopee area. First living in town, Tubby eventually moved his family out to the country for many years. Here, he loved raising goats and birds, quail, geese, and ducks. In Tubby’s earlier years, he enjoyed hunting birds locally and in Canada with family. In the early 1980’s, Al moved his family back into town, where he and Lorrie remained living.

Tubby loved fishing. Many summers the family would rent a cabin and vacation up north. Eventually, Al and Lorrie purchased cabins in Longville, MN, on Hanging Kettle lake and later in Aikin, MN, on Diamond Lake. These cabins allowed for countless fishing excursions for him and his family.

Tubby had an interesting sense of humor and loved to tease people. Life for him was most enjoyable becoming a grandpa. Al loved his grandchildren and loved spoiling them. Each one had a special place in his heart. As a couple, Al and Lorrie loved taking road trips traveling the United States and vacations to places like Costa Rica. After he retired, Tubby enjoyed breakfasts with the neighbors or with former colleagues. His brother John and him were always very close and would speak daily.

Al’s other love was his dog Molly. Deep down, he also had a compassionate heart for kids in need and in trouble. Al and Lorrie’s doors were always open in hopes of providing some guidance, shelter, and support for these young kids.

Al is welcomed home in Heaven by his parents, Art and Mary DuBois; granddaughter, Rebecca DuBois; and sister, Patricia Lindsay.

Offer Condolence for the family of Albert “Tubby” DuBois