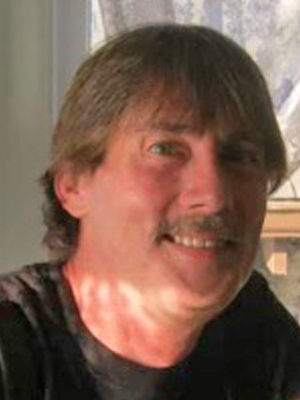 On May 22, 1963 in Wheaton, MN, parents Don and Margie Fridgen celebrated the birth of their son, Alan Don Fridgen. He was the youngest of their two children. Along with Janet, his big sister, Al loved exploring the outdoors and the surrounding areas of Wheaton. Growing up in a small town, Al always claimed he wanted to “go to the big city.” Despite later moving to the metro, Al always settled in smaller communities that reminded him of his small-town roots.

After graduating from Wheaton High School, Al attended North Dakota State School of Science in Wahpeton, ND. He later worked as a mechanic at Len’s Sinclair (now Boulevard) in Hopkins, MN and Suburban Chevrolet in Eden Prairie, MN. Al was constantly tinkering in his garage and working on a project. A jack-of-all-trades, Al shared his handyman talents with others, frequently assisting his sister and other family members and friends with their home projects and car repairs. He never hesitated to lend a helping hand!

The most important part of Al’s life was his family. He was a loving and dedicated father, grandpa, son, and brother. Al’s life was enriched when he met Laura and her daughter, Anna. After some coaxing and bribing with Blue Juice (Gatorade), Anna eventually warmed up to Al. A few years later, their family grew with the birth of William. Given his non-judgmental and caring nature, Al was regarded as “everyone’s dad.” Al was especially proud to earn the title of Grandpa. He was present at the birth of his grandson, sharing encouraging words and supporting his family.

Despite life’s struggles, Al’s love for his family never wavered. He was kind and generous…unless you were about to drink the last of his Mt. Dew or take the last cigarette in his pack! He loved his family, friends, and his dog Carma.

Al is survived by his children, Anna Rupp and Will (Veonna) Fridgen; grandson, Lukas Fridgen; sister, Janet Fridgen; mother, Margie Fridgen; many other relatives and friends.

He is preceded in death by his father, Don Fridgen.

Offer Condolence for the family of Alan “Al” Fridgen