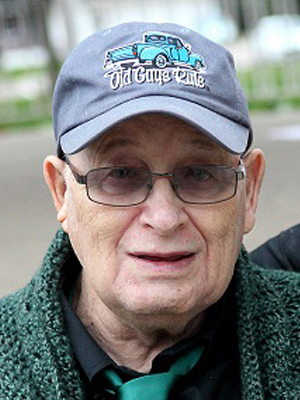 In Rush City, MN, Lonnie Sheryl was born on November 19, 1944, to Zenes and Muriel (Parson) Bicking. The oldest of three boys, he spent his first two years on a farm in Braham before moving to South St. Paul, MN, in 1946. Here, Lonnie spent his childhood playing his favorite sport of hockey with his brothers and friends. Lonnie attended South St. Paul High School, where he enjoyed being the football team manager and, of course, playing hockey. Lonnie graduated in 1963.

Lonnie furthered his education at St. Paul Technical Institute, learning the tool and dye trade. He then took time to serve our country in the United States Air Force. Lonnie was stationed in Texas and Michigan maintaining aircraft fuel systems.

Returning from the service, Lonnie briefly lived in Minnesota and then moved to Michigan in 1972. In the later 1970’s, he returned to Minnesota again, settling in the south metro area. He worked various jobs at first, then spent much of his career at Control Data, Seagate, and then Northstar Auto Auction. For nearly 40 years, Lonnie called Shakopee his home. He was also father to Dawn and Dylan.

Lonnie always worked with his hands and he enjoyed tinkering in the garage. Auto body repairs and fishing were his main hobbies. Later in life he kept his hands busy putting together car models. Lonnie also had a deep love for his four-legged dog companions, especially Buster. He and Buster had a special relationship and enjoyed waiting in the ice cream truck line together, so they each could enjoy a cold treat. Lonnie continued his love of hockey, becoming a strong supporter and advocate for the Shakopee Girls High School Hockey Team. Eventually, he was designated as their number one fan!

Due to declining health, Lonnie spent his last four years at Friendship Manor Health Care Center. He was able to live life to the fullest there, especially with the extra care from all the special staff.

Welcoming Lonnie home in Heaven are his parents, Zenes and Muriel.

Offer Condolence for the family of Lonnie Bicking